While looking for something, I happened to stumble upon those diaries that you are so religiously writing right now. Quotations, long handwritten book extracts, poems, fears, joy and frustrations spanning around 7 years- man, I think I am not half that methodical after all these years. It made me a bit sad to know how miserable I was those days.

Nostalgia plays strange illusions. Human memory has the ability to strip off all the unpleasantness from our past and embellish it in a beauty that really never existed. While reading your diaries I realised that probably I am much more self assured and socially confidant and happy now than you, my 18 year old self.

I am glad that you are writing those diaries. They gave me some perspective. And I am sorry to inform you that I stopped regular diary writing in around 2006 just before starting my post graduation. Interestingly I started a blog in 2007. But it never comes close to those diaries. Because the honesty when you write something for just yourself cannot be surpassed by anything else. I think that the biggest challenge as a writer is, how much you are willing to reveal about yourself as a person. Honesty is king. A reader can palpate the courage of the writer in his words.

I am glad that you are holding on to writing despite all the rejection slips, peer pressure and your own insecurities about the rationality of what you are doing. Probably writing is the only thing that you are doing right. But that will do. Everyone needs something to hold on to, in the storm of chance events that is coming his way. A narrative that will color every random event in life with a meaning.

You seem to be asking me, would I have done anything differently then if I had known what would happen 15 years from now? Probably not. I don’t think so. Like my post graduate career choice. Like not giving up on the dream of being a writer. Of course I would have written more. Would have knocked on all those doors much more furiously. And I would have reached out to my friends more. Would not have allowed them to drift away in the currents of life. I realise their emotional worth much more now. And I would have allowed myself to make more mistakes.

You want to know whether you would be successful after 15 years? Would you regret your actions and decisions? I just want to tell you- Don’t worry about the future. It is not going to do you any good. Because no matter what, your success depends on your definition of success. So it doesn’t matter. 15 years down the line, you may look with disdain at the greed or shallowness of many of your peers which is only surpassed by their contempt for your choices. So everything depends on the perspective. And you are making enough money to live decently. And you still love your day job.

And I saved the biggest news for you till the end. Despite all your indecisions and flip flops and jitteriness about ‘what you want,’ and ‘what you are going to do,’ ‘Regretting foolish fantasies,’ I am proud about you. You know why? You are the among the rare few among your peers (I can count them in my fingers), who would take some bold choices in future. You ignored what others did when it mattered. It was tougher for you because you took a detour while others were just following a long procession. I never expected that much courage from you. Would those choices pay off? Or would you regret them? I can tell you only this much. I am still standing here. And I am not banging my head on the wall. In fact the only regrets I am having right now is that I didn’t follow through those decisions with enough conviction later on. And I am having this nagging feeling that another 15 years from now, if I am going to regret anything, that is going to be that lack of conviction rather than those bold choices.

So don’t worry. Just continue what you are trying to do. Only thing is- be a little more happy and relaxed. Don’t read too much into everything. Do what you like and enjoy what you do. Love life. Rest of it is just useless interpretation.

With lots of empathy, 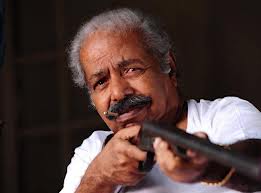 We compete to celebrate the stars and hysterically praise when finally they do manage a decent expression in a tiny scene in an ocean of films. The line between posing and acting is blurred than ever.  We forget that cinema is a medium where one can get away with a lot with tricks in the editing, angles, score etc. Often we confuse a good line of dialogue with good acting. The liberal heart with which we embrace the antics of many Bollywood ‘actors’ is insane. The threshold for accommodation of someone as an ‘actor’ (not even good actor) in Hindi film industry is insanely low compared with most regional film industries. I have never understood this phenomena. Probably a reason would be the strong role of pedigree for breakthrough.

I hate sounding dramatic. But for me, Thilakan was the best film actor Malayalam ever produced. Only competition would be late Bharat Gopi. I am not familiar with every regional language in India. But with the exposure I have had with Hindi, Tamil, Telugu, Kannada, Bengali and Marathi films, I would confidently say that he would figure in the top 5 in India.

We shook hands. ‘It has been a long time,’ I said. It was a little weird. A decade ago, we had ate and drank together, cut classes together,  fought others together, proposed to the girls for each other… Now we were shaking hands. If we could forsee this scene 10 years back, we would have died of laughter.

In the restaurant, he breached on the subject. ‘She is in town,’ he said.

You fool. You thought he had come to see you for old times sake. You idiot.

‘She called me after so many years. She was crying,’ he continued. ‘It appears she has got into some problems with her husband.’

I stared through him.

‘I need your help. I can’t involve directly. I need you to go and test the waters.’

Don’t you see? I don’t want any of this. 10 years back, your request would have made me happy like any other kid who has been asked to pass a love letter for his friend. Right now, I am only bothered about the mistake in tax return that my accountant made yesterday. Of course… I am also bothered about my potbelly. And also my receding hair line.

‘What do you exactly have in mind?,’ I asked. ‘Couples fight. They patch up. Don’t jump your guns here.’

Obviously he had already played out that one many times in his mind. He shook his head. ‘Don’t think so. And I thought it is a risk worth taking.’

For your information, I am the one taking the risk here you bastard.

I will have to say yes I guess. Otherwise I am going to miss my ten o’clock tv show. 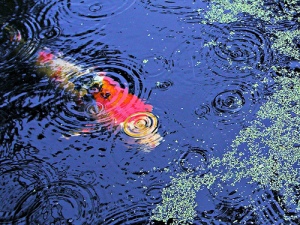 The kid was on the verge of tears. The cold air continued to mumble in his ears. The scooter was going fast.

Tomorrow his school is going to open. His Christmas vacation is ending. He won’t get to play ‘home and school’ with his cousins now. He won’t be running to the corner shop every 5 minutes for the 5 paise confectionaries. He won’t be bragging about the martial prowess of his favourite film stars. But what really hurt him was the fact he will have to collect the valued half year exam papers on the opening day of school. And it can be a very unpleasant experience.

Suddenly it started to rain. B parked the scooter in front of a shop. The kid and his younger brother ran to the cover of a roof with B. It was then only B noticed the expression on the face of the kid. He smiled, ‘I know you are not happy.’ No marks for guessing, kid thought. ‘When there is a holiday, I will come to pick you both,’ B said. Kid knew B was trying to console him. But still he believed B. It felt better to believe. The three stood there. Stuck in a bubble of time. And also stuck in rain.

Around 20 years later, B would die. Leaving every one bewildered. But still that bubble has not burst… And that rain has not ended.