Revenge is a poisonous plant that grows in the dark island of narcissism. There is a certain lack of abstraction when you go after someone for revenge. If someone pulls the trigger on your dear ones, you attribute all the causation into the brain of this ‘other man.’ But life is complex. Events are complex. When you are ready to face the complexity of the world, it becomes difficult to reduce all your griefs as ’caused’ by a person. Because then you start to see his motivations, insecurities, spur of the moment stupidities, naivety, chain of events, bad luck, and a hundred people in the world without whom this would never have happened- it becomes difficult to hate him any more. But if you are not willing to do that, and you want simple answers- where all your problems are personified in a human being-  you get the hero of Badlapur.

I think it is one of Christopher Nolan’s greatest till now. But it is not going to be that popular. Some will hate it because it is too expository, shallow, cliche-yish and the posturing with ideas. Some will hate it because Nolan disappointed them in their idea of fun. It has the same fate that looms over all the artists who try to make ‘popular art’- they will not completely satisfy anyone but none can dismiss them either.

And please don’t drag Tarkovsky in here. That is obscene. If you want, let’s talk about 2001: A space odyssey. The difference is obscurity and the awe that it offers. But Nolan doesn’t have that privilege. Nor the guts. Because he has a billion dollar fan base to please. 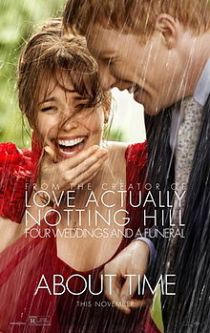 It was a random choice. I didn’t even know that Richard Curtis (Four Weddings and a Funeral, Nottinghill) wrote and directed this until the title credits in the end. I did not know that this was about time travel till 10 minutes into the movie (Not ‘I can go back and kill Hitler’ kind, but ‘I can go back to an earlier point in my own life’ kind). And I didn’t realise that a movie about time travel can turn into such a touching examination about our own obsession about ‘making the right decisions.’ That it can be a bittersweet chronicle of the irretrievability of our experiences and our moments with the loved ones. It reminded me that the most tragic part of our existence is not death but the irreversibility of something that happens in the past.

It is a warm movie that wore its heart on its sleeve. Probably that’s why critics didn’t love it much.

So how was my last writing year?

Less internet. Got a bit distant from my friends. I should blame it on my insistence to finish my writing first.

More outlining and brainstorming. Less writing screenplays. Good or bad? Not very sure.

To be honest, it does surprise me that I am still here after 7 years. I am still doing this. I have a day job. I have a family. And still I am hanging in here with the skin of my teeth. I realise that I should be an obstinate bloke to be writing even now.

I would not have continued writing if not for the tidbits of validation I had from different quarters. Thank God for those.

So what changed this year?

The single most important change is that I focused more on outlining rather than on writing full scripts.

It has worked at least on an experiential level. I feel that I have got more work done last one year than most other years. By forcing myself to disengage from a project and focus on something else after a reasonable amount of time, I have improved my time efficiency. Most importantly, by postponing the ‘rush’ into the first draft, the ideas change and gets more mature.

Time will tell how much I am losing out by not writing full scripts. I don’t inherently like this method. But this came out of sheer compulsion from the ‘ticking clock.’

Networking. What really suffered last one year is not writing. But time spent on finding like minded people and cultivating relationships.

The scarcity of actual meetings. But that was intentional. Because it occurred to me that I am not yet ready. Be that spider. Make sure your web is strong enough. And wide enough.

At least 15 hours of writing every week.

To keep time on writing targets and to monitor my own ability to set ‘reasonable’ targets.

To be ready for meetings by April.

To start meetings in May- at least one every month.

To spent at least 7 hours every week on networking.

At least a blog post per week. Even if it is two lines. 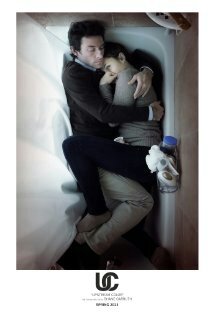 I liked the subtext of the movie until I read Shane Carruth’s interpretation of it in an interview. My reading of it was a bit more profound and complex than what he intended it to be. I was a bit disappointed. Then I understood what Derrida meant when he said that the author is dead.  The author better stay dead. Otherwise he can be a nuisance and a disconcerting presence between the reader and the text. We all read into things what we want to see. We see our own vulnerabilities and preoccupations mirrored into every piece of art and that’s when we love it. As someone said, you cannot be moved by an idea unless you already agree to it subconsciously. So my advice to writers and film makers is- never talk about your work. Never talk about what you intended or what you are trying to convey. Make it. And just get out of the way.

It’s the year end and a number of festivals are coming your way.

So what is your holiday plans? 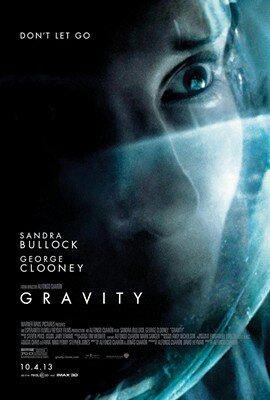 No contesting that gravity is a breathtaking accomplishment in terms of technology in cinema- the initial relentless looping around of the viewing angle really steals your breath. And yes, the film maker really does a great job in capturing the eeriness and precariousness of the zero gravity world while the Earth looms behind as an ever present nostalgic anchor. But my gripe is that despite some striking visual symbols, the movie keeps its foot firm in the traditional Hollywood tropes in terms of storytelling. It has more in common with an ‘Avatar’ than a ‘Solaris’ or ‘Space Odyssey.’ ‘The dead kid’ back story, the rookie- veteran angle, ‘healing the past through current crisis’ theme, the ‘all is lost-no- not yet’ moments- everything tastes too familiar. The ‘obstacles’ are just temporary setbacks which you know for sure would never defeat the protagonist. The bottom line is that when you get out of the theatre, all you are left with are some great visuals. Only if some innovation had spilled into developing a theme that is a bit more original and profound…

She couldn’t believe her luck. He hadn’t gone far. She found him lying face down in the drain. Blood from his vomit formed dark stains on his shirt.
She looked around. The drizzling rain had coerced everyone into their houses. In the darkness, even if someone saw them, none acknowledged. They turned him around. She grabbed his hands and started dragging him back to the house. Her daughter followed the small canal in the dirt plowed by his heels. It didn’t escape her mind. Her daughter was following a rhythm of 3 to 2 steps. She loved doing everything in 3. Even now.
Inside the house, she removed his shirt. Wiped him clean. Put him on the mat. She found the sickle on the floor. She tucked it away, with other knives and sharp things. Then she poured some ink on the scald on her daughter’s cheek. Never mind.  It was too late now. She will have to live with that ugly scar.
After putting her daughter to bed, she took out the bottle from inside the flush tank. She poured out more than half of the liquor into the toilet. Poured water to compensate. Replaced the bottle. And then she waited. 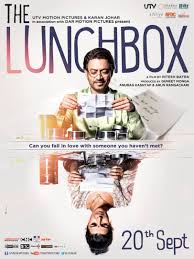 What is that makes The Lunchbox special? The restrain; the control over the medium. There are no characters here retching out their deepest emotions in a verbal diarrhoea. The background score doesn’t hit you with a hammer in case you miss what is happening on screen. The actors don’t go into convulsions trying to act. Every scene has a certain effortless charm. Indeed this is a director’s film.

In terms of the basic premise, the movie reminded me of the National award winning Malayalam film ‘Mathilukal’ (The Walls) by Adoor Gopalakrishnan. Instead of a lunchbox, the story device there is a prison wall separating male and female sections. And we never see the female character.

The Lunchbox is perfect except for its last 10 minutes. I personally feel that the movie should have ended with that beautiful voiceover in the coffee shop. After that, it appeared that the writer director is trying hard to be unpredictable (or ‘artsy’ if that is what you would like to call it). But sometimes predictability is better than clumsiness.

This is an interesting phase in terms of writing for me. Probably the most productive phase I have ever been through. I mean in a strict output-time efficiency sense. There have been periods where I spent more time per day on writing. But it was more in a ‘savour the process and the page count be damned’ mode. Really what it amounted to was more obsessive detailing mostly an hindrance and distraction to the stories that I was trying to write. Now I can tolerate more the imperfections of what I have put down on page. I am much more ruthless in pulling the plug when a project does not appear viable from a practical sense.

So what has changed? Probably what helped are some deadlines looming over the horizon. Planned meetings, scheduled narrations, other commitments heading my way. Until this point, these meetings were a abstract possibility far far away.

My eyes were opened because despite all these years of writing, I am still not in a perfect situation where I am all prepared for a meeting. So I guess, I will have to learn on the fly and move on.

Who wrote my screenplay?
Blog at WordPress.com.
Loading Comments...